CPR, a life-saving method, which is frequently used on people who suffers sudden cardiac arrest wasn’t just discovered in a day rather it evolved into its present state over the centuries. Here is a short history of Cardiopulmonary Resuscitation (CPR) expressed in a timeline format.

Dr. Friedrich Maass, who was a surgeon at Department of Surgery in a renowned German University, performed Cardiopulmonary Resuscitation for the first time on a human in 1891. However, the first CPR in the US was performed in 1904 by Dr. George Crile.

It was in the 1960s that the CPR guidelines were formally developed by the American Heart Association (AHA). AHA then began to educate physicians and the general public about CPR methods, how it is performed and how can save the life of victims of cardiac arrest.

In 1979 after the Third National Conference on CPR Advanced Cardiovascular Life Support (ACLS) was developed.

In 1981 a program was developed to provide CPR instructions on the phone so that other people can perform it on the victim and its chances of survival can be increased until the EMT personnel arrive on the scene.

In 2008 AHA in a press release instructed bystanders, who witness a person suddenly collapse, that they should call 911 and inform about the emergency first and then begin performing CPR until EMT personnel arrives.

If you are interested in learning various other CPR techniques then we recommend that you visit our official website. CPR123® is a leading provider of healthcare training in New York and San Antonio, Texas. Currently, we provide certifications in Basic Life Support (BLS), Advanced Cardiac Life Support (ACLS), PALS, IV, HSAED CPR to as well as non-medical individuals. We have 5 training centers, 4 are based in New York and 1 in San Antonio, Texas. For more information about us visit our official website or call us at 516-640-5372. 4 Things To Know and Do for Breast Cancer Awareness Month Advantages of Getting Your CPR Training Online 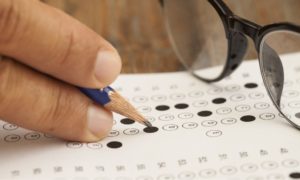